I was planning to take the train to Ottawa for my Doctors appointment (Thurs Aug 22nd) but that was before I bought the new(er) truck….

Ham Radio Note:  There was not that much activity on some of the repeaters along the 401 that I am guessing that it was due to the early start time of my trip.  However I was able to access the Linked VE3ORF Digital (C4FM)Network through their Prescott Ontario 2m repeater when close to Prescott and then held the repeater as I went North on the 416.  Close to Kemptville Ontario I switched over to VE3ORF (Kemptville )(uhf) and continued on with my conversation with the group untill Ottawa South when I switched over to the VE3ORF (Ottawa UHF) repeater and continued again with the morning drive in chatter.

For more info on their repeater system go to :

I made it to my Doctors office at 830 am

After the appointment and then taking care of some business …

Unfortunately due to the last minute timing of this trip I was not able to visit all who should of been visited.  Medical, business and family had priority this time but next time the trailer will be following the truck and I’ll have some time to socialize…

Ham Radio note:  While travelling west across Ottawa I did make a C4FM Wires X contact on the 146.805 repeater VE3DRE  I worked a couple of VE1 Stations as the repeater was connected to the CQ Canada Room on the Wires Network

I then grabbed lunch and headed east to Embrun Ontario to have a visit with my oldest daughter.  We don’t see each other as we would like and as an added bonus my youngest grand daughter was there and I got to catch up with her as well.

After a few hour break for supper and chats it was time to head back home to Kingston and so I headed out via the back roads as I headed south west to hopefully find the 401 wb at the Morrisburg Ontario exit.

Ham Radio Note:  leaving Embrun I was able to work the OVMRC Repeater VE3TWO (fm) on 147.300 and join in their weekly net.  The repeater has great coverage and I was able to copy from Embrun to just south of Winchester

I found it and then headed back home to Kingston.  At the end of the long day (16 hours) I had travelled just over 500 kms across various road styles.  The truck behaved itself and there were no issues.  If I did the math correctly I am getting 8.5 litres per 100km for my fuel economy.  The old Dodge used 11 litres per 100 km so that in itself is a savings.  I know that that will change once I start pulling the trailer but I am still pleased…. 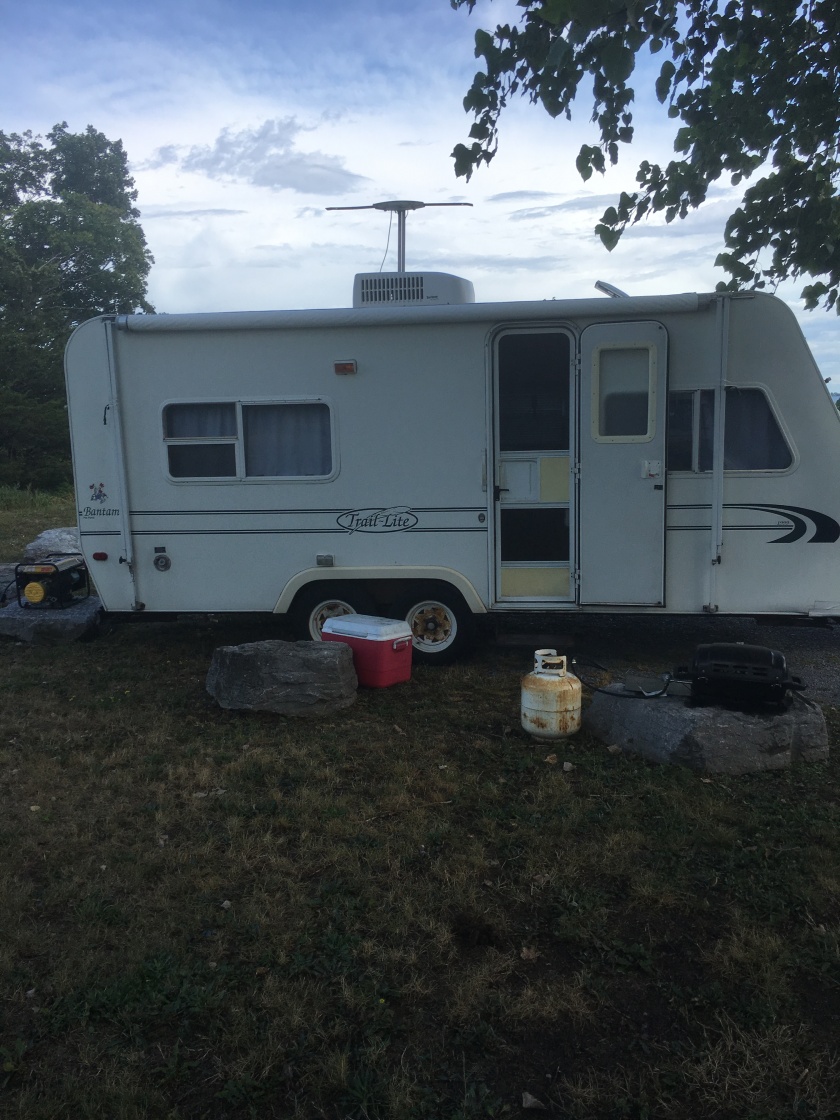 Next time we meet there should be a posting about how good (or bad) the truck is as it leads the trailer around Eastern Ontario….

Safe Travels and to my hams followers….

Usually an hard nosed SOB with an opinion... Other times a kind soul with an opinion.. Key words being "an opinion" and that my friends I will happily share with you at all times... View all posts by VA3QV