With the 100w of my Yaesu FT 450 and the magic of the SGC 237 auto tuner along with $20.00 of the finest Princess Auto wire here is where my signal from Eastern VE3Land made it to during the contest. 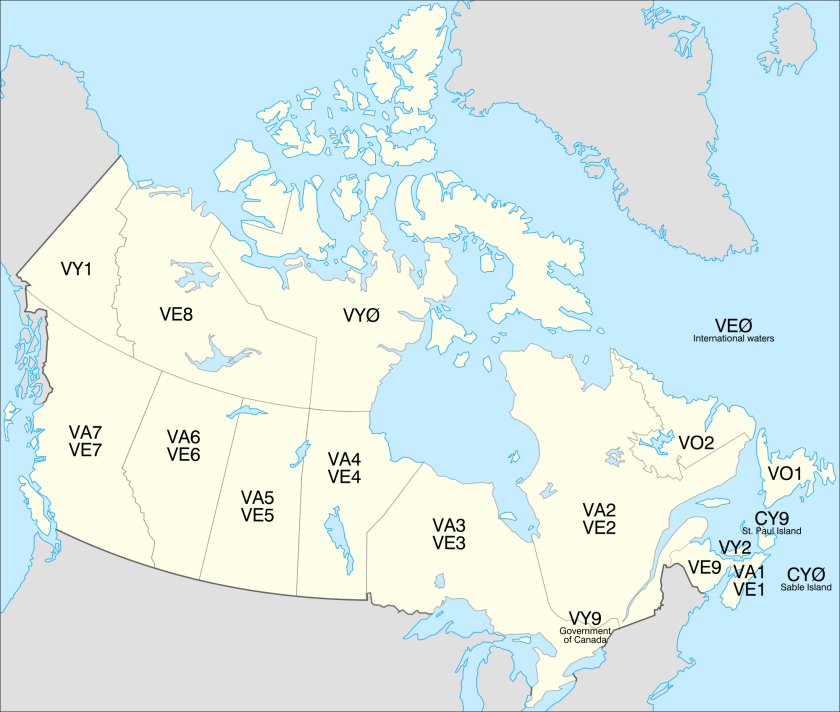 My antenna for HF is an approximately 45 foot long wire that snakes its way around a Fir Tree in my backyard. 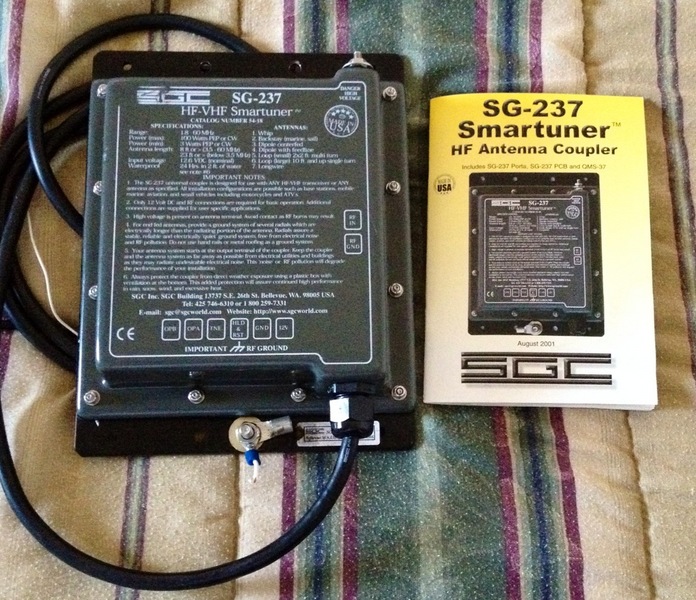 This along with radials on the inside perimeter of my fence is my “Stealthy” HF antenna and using the SGC Tuner will load up on all bands between 6m and 160m.

I was (as always) blaming my normal lack of results on my very poor compromise antenna and the lack of band conditions.  I was not really complaining, but more whining about it.  Its been a while since I was able to spend so much time in the shack at a time when others were around at the same time that I am thinking….  If I lived in a location that was antenna restrictive then I might actually make more contacts but…. as I would rather be on the air with a compromise antenna system than not being on the air….  This seems to be much better than nothing…

I still long for the day I can operate without antenna restrictions but till then…. what I got ain’t that bad…

Hope that your antennas survived the recent Ice Storm….

Here in Kingston my fir tree is bending a bit but still keeping the wire up in the air.  Praying for a melt to save the tree branches and keep what I have for an antenna functioning  and above ground.

Thats it …..  done till the RAC Canada Day Contest in the summer….

After looking at my logs it seems that its the best results I have seen in the 18 months that I have been living in Kingston….  I operated for about 14 hours of the 24 hours the contest operated for and in this “Solar Minimum” I managed to make a whopping 75 contacts.

Contacts were made on all the contest bands with  2m, 6m, !0m and 15m were all groundwave contacts 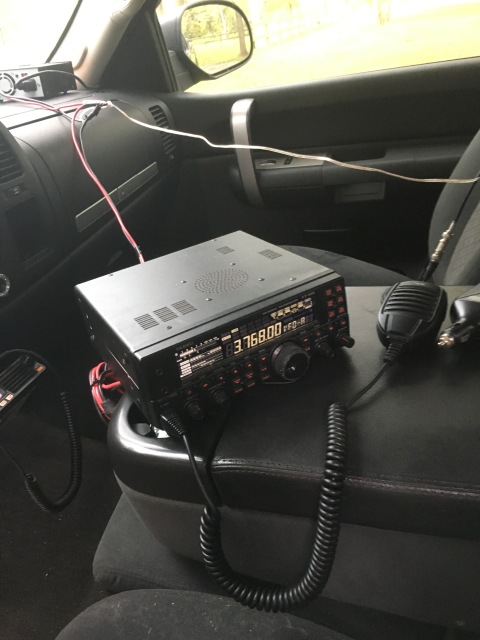 Now considering that my station consisted of my Yaesu FT 450 feeding my SGC 237 auto tuner and the tuner was connected to 45 feet of wire wound around a tree in my back yard with a couple of radials around the perimeter of my back yard fence ….  I think the score is respectable for what I had to work with. 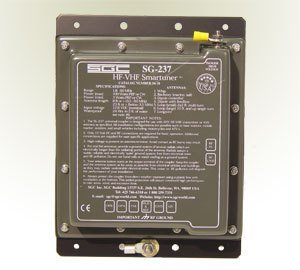 Making a 40m contact with VA3RAC (Ottawa Amateur Radio Club operating) and after giving my call getting the reply “Hi Bob … how are things in Kingston??? ur 5/9 ON.    To which I replied …  “Hi Dave …. things are good… ur 5/9 in Kingston ON…. .   Later in the contest I made a 2nd contact with VA3RAC…  This on on 80m and got almost the same QSO but this time with Glenn VE3XRA at the mic….

Another high point was getting a couple of VY2 stations in the log.  Normally I have to hunt to find them as there is a small but active ham population on the Island.  This time I found my first one early and then next one was later but I got them in the log…. 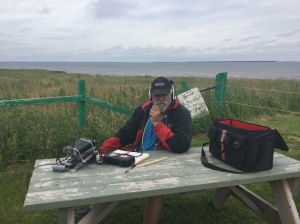 I can remember back in 2017 when I operated the RAC Canada Day contest as VA3QC/VY2 when we spent the month of July on the Island and am still amazed by the pile ups my QRP signal created back then.  Not to mention the best location I ever operated from.

Over the years I have come up with some defining points to decide if it was a good contest or not.

3- When the results are posted find my score easier from the top down rather than from the bottom up.

So it was fun…. I did work the lower 10…. and when the results are published later….  I think my results should be around the middle of the list.

All in all I had a great time and am pleased with my time spent.  Hope to see you on the air for the RAC Canada Day Contest in 2020 and get you in my log

Starting at 0000 hrs GMT Dec 28th and running for 24 hours is the RAC Canada Winter Contest. 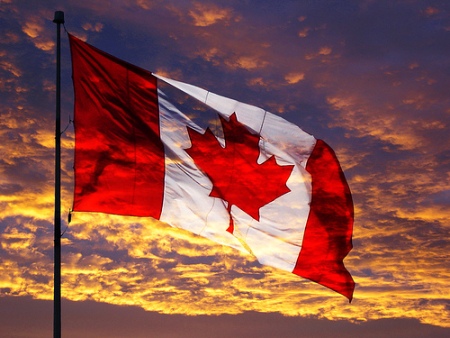 The Rules can be found at : https://www.rac.ca/rac-canada-winter-contest-rules-2019/

Hope to hear you on the air

Its been a good year….

Next year I have to find more time for my hobbies…. 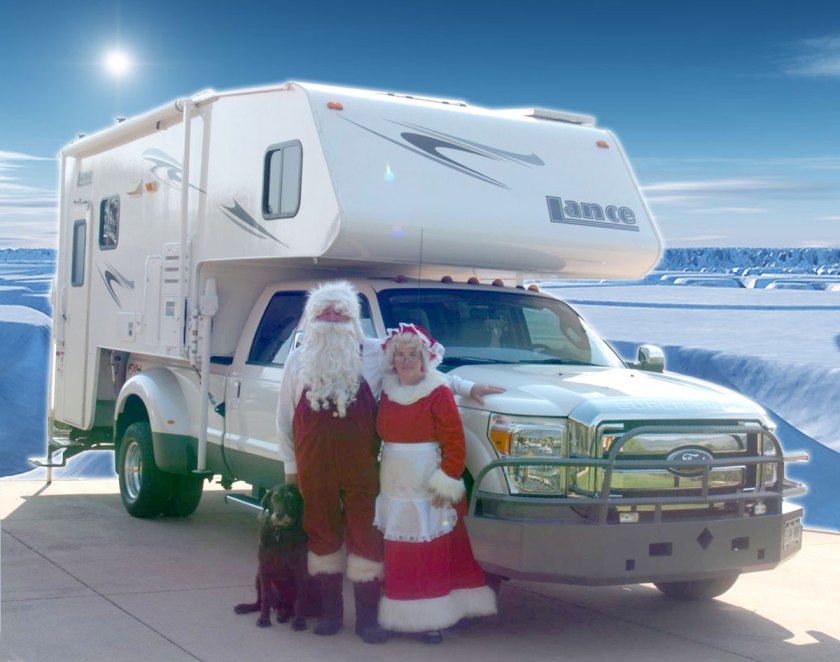 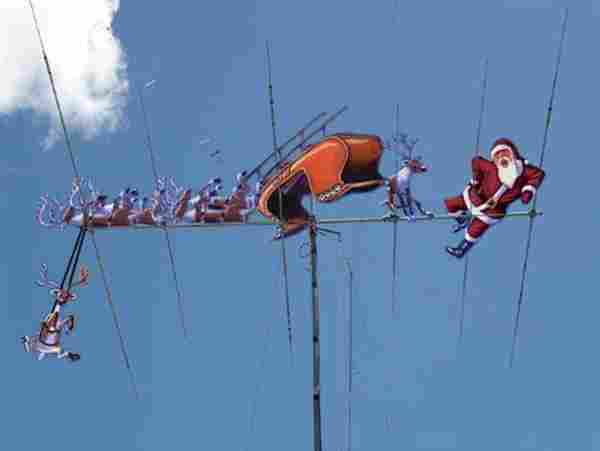 To the Hams and the RV’ers

Merry Christmas, Happy New Year to you and your families

Bob, Liz and the family

You might remember about three weeks ago when I posted the following:

First of all my Yaesu Fusion Node is off the air….  Windows did an automatic update and now the Node software is not functioning.  I’m guessing that a re install is needed but at this time I just don’t feel like jumping through the hoops a 2nd time.  I’m hoping that re installing the drivers will make it all work again…  It does however make me wonder IF there might be a more stable operating system to do this on….  I am the first to admit I use computers in my hobby but they are far from being my hobby.  ….  It will be back sometime (and I hope soon) but there is lots going on in my life at this time (all good) but time management is starting to be an issue…..

Well its back and seems to be mostly stable…. it only crashes now when my internet is flakey but the driver issue has been fixed.  I found a small usb powered fan and now whenever the laptop is on my node radio and the power supply for the node radio is being cooled.  Its working so well that I have returned the power to the 25w level that I started at.  The overheating problem has been cured by the usb fan so as long as the intenet is behaving the VE3ORF system has its Kingston node running again. 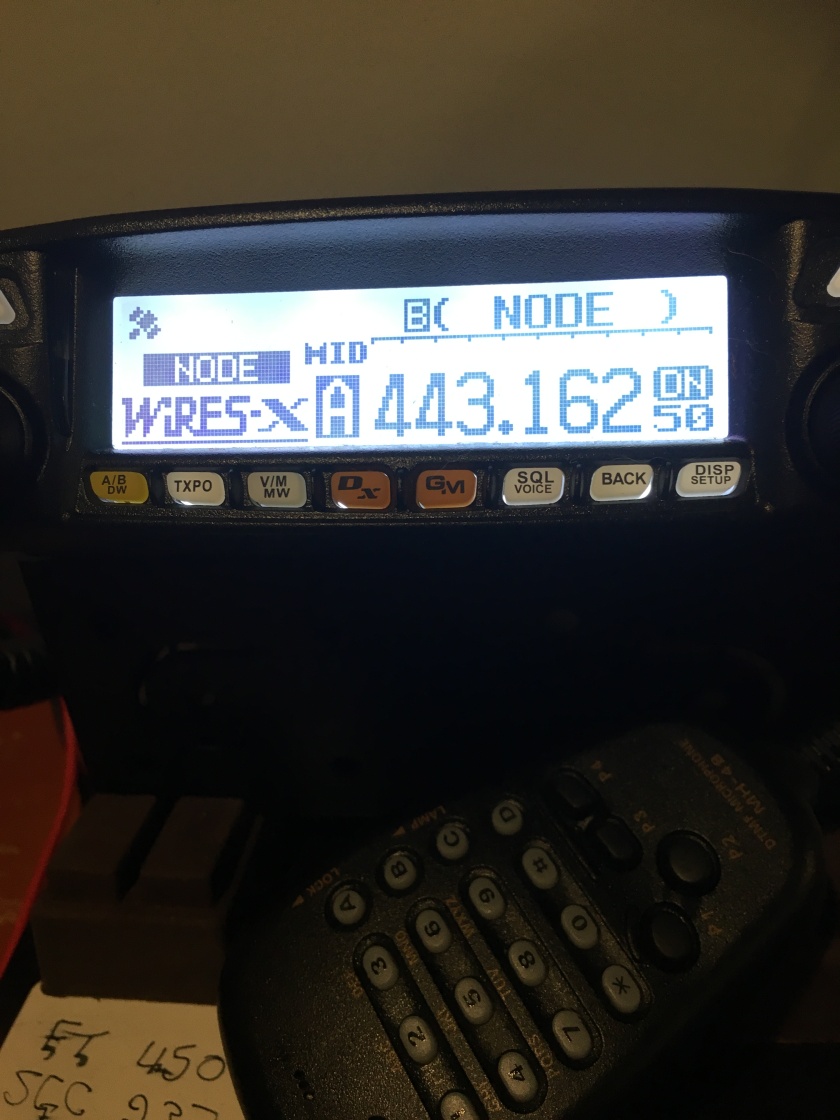 Hope to hear you sometime…

Even though the HF bands would have to improve about 99% to be considered bad…  I had a chance to pick up (locally) some gear that I had been looking at on line and at a cheaper price (as it was used) so for me it was a win-win situation.

Here is the most important part of my new mobile antenna: 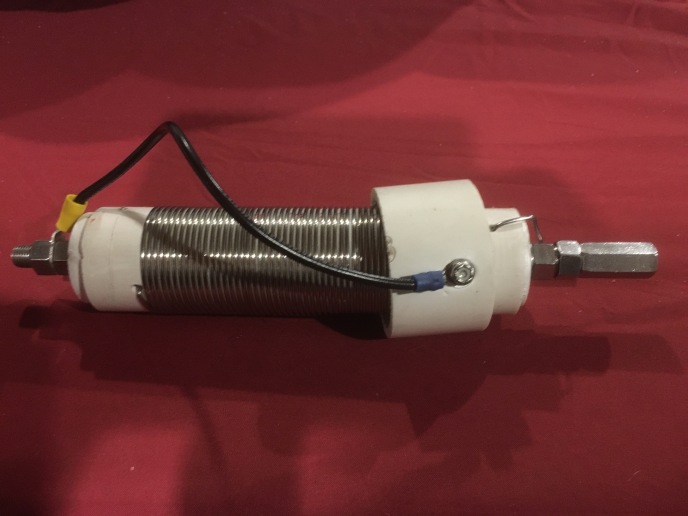 Its a Wolf River Silver Bullet Mini.  Its a 10-40m coil that works quite nicely with a standard 102 inch stainless steel whip.  For way more info please visit the Wolf River Website and check out all their info.

Basically you slide the collar up and down the coil for maximum noise for the frequency you wish to operate on and (in my case) hit the auto tune button on the FT 450 and we will be good to go.  If you are a purist then slightly adjust the collar after that for the lowest SWR.  I have heard lots of good things from people who have used this line of equipment and if I get 1/2 the results of what I have heard then I will be a very happy person.  The timeline is to get the 10-40m version mounted on my pickup along with the FT450 installed and then try things out.  If it performs as I have heard it should I will buy the Silver Bullet 1000 (10-80) and keep the mini as a backup.

I really just want multi band coverage (and really don’t want to be swapping out hamsticks)  when travelling around the Country when Liz tells me its time to replace the trailer we recently sold.  I figure on 40m and 80m will be the two money bands but if we make the anticipated trip out to VE7Land then suddenly 15 and 20 become a lot more important.

I got all the pieces (mount, coil, whip and coax) now all I got to do is put them all together on the truck and then install the radio.

I’m looking foreward to the challenge.

Nothing too earth shattering but there have been a couple of changes here both in the RF Department and the RV side of things….

First of all my Yaesu Fusion Node is off the air….  Windows did an automatic update and now the Node software is not functioning.  I’m guessing that a re install is needed but at this time I just don’t feel like jumping through the hoops a 2nd time.  I’m hoping that re installing the drivers will make it all work again…  It does however make me wonder IF there might be a more stable operating system to do this on….  I am the first to admit I use computers in my hobby but they are far from being my hobby.  ….  It will be back sometime (and I hope soon) but there is lots going on in my life at this time (all good) but time management is starting to be an issue…..

And the last change is that on Saturday evening I sold (after consulting with my daughter Erika) our trailer.  It has left on the next great adventure in its life to become part of a hunting camp along with being a portable ham radio shack as yes….  I did sell it to a ham radio operator from Ottawa.  I have no doubts that I will be seeing it again at a field day site as it was at field day 2016 that the new owner  saw it for the first time and I still enjoy playing radio with that field day group so…..  I do look forward to seeing the modifications he has planned for it.

Now I am not giving up on the RV Lifestyle but rather just getting ready for a newer rig.  It might be in the spring or the late summer depending on how much time I can recover as this weird thing we call “Life” progresses.  Not much point in getting the new(er) rig if we don’t (can’t) find the time to enjoy it….

More on all of this later

My Amateur Radio Life
Create a free website or blog at WordPress.com.